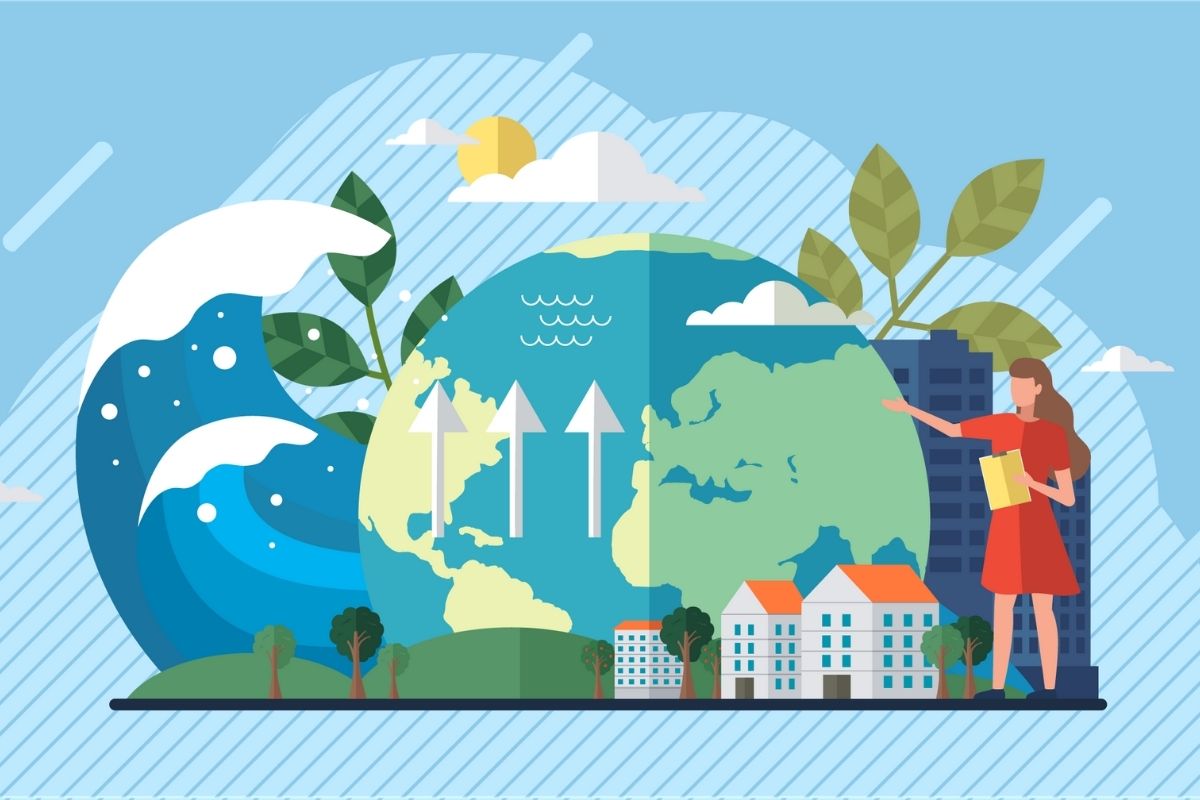 While there are many ecological disasters over which humans have no control, such as hurricanes or volcanoes, the industrial age has given man the ability to create catastrophes that rival the worst disasters Earth can throw at us. From oil spills to nuclear meltdowns, too often, people have meddled with nature to disastrous effects. Hopefully, by studying the worst man-made ecological disasters in history, we can learn from our past and avoid these sorts of calamities in the future.

Did you know that since the 1970s, a large stretch of the Gulf of Mexico turns to a wasteland during the summer months of the year? From the Mississippi River Delta to Texas—more than 7,000 miles wide—the Gulf Dead Zone is caused by deposits of massive amounts of pesticides, fertilizers, and animal waste that drain into the gulf from the Mississippi.

The nitrogen in the chemicals and animal waste stimulate the growth of algae. Zooplankton eat the algae and excrete pellets that decay on the ocean floor and deplete oxygen. The result is the widespread death of shrimp, crabs, and other marine life.

The Dead Zone does fade in the winter, but some of the harmful organic matter will remain each year. As a result, the dead zone gets larger on an annual basis.

In 1952, the inhabitants of London suffered five days of intense, painful smog. It was a bitter, cold winter, and to heat their homes, Londoners used an unusually high amount of coal. This coal produced smoke that rose from the chimneys and mixed with the factory and power plant emissions nearby.

From this pollution came a pungent-smelling fog that hovered over the city from December 5 to December 9. During this time, people struggled to see even a few feet in front of themselves.

Movie theaters closed because no one could spot the screen, people stumbled into the Thames, cars were left on the roads, and—worst of all—an estimated 4,000 people died of respiratory ailments. Up to 8,000 would die in the months to follow, and recent research shows that babies in the womb at the time of the Great Smog grew up to do worse in school and were less likely to maintain a job than their peers.

In Minamata, a small coastal city in southern Japan, a strange disease was observed during the early 1950s. At first, it was seen in animals. Cats would foam at the mouth and wildly throw themselves into the sea. But soon, humans began experiencing similar problems. Stumbling, struggling with simple tasks, slurring their speech—it was clear that something was terribly wrong.

In 1959, it was determined that the chemical company Chisso Corporation, one of the city’s biggest employers, was to blame. They were irresponsibly dumping mercury into the sea. The toxin was poisoning the people and animals who ingested it through seafood.

They continued to release the tainted wastewater until 1968, causing the deaths of at least 2,000 people, as well as birth complications, paralysis, and other disorders.

In Bhopal, India, on December 3, 1984, in the early hours of the day, a toxic methyl isocyanate gas cloud emerged from the Union Carbide pesticide plant and spread throughout the city. Those caught in the cloud began vomiting and gasping for air. Many died in their sleep, but those still awake rushed into an under-prepared hospital or into the streets, trying to outrun the cloud.

Later investigation would reveal the plant had violated many safety protocols, including the use of broken and outdated equipment. The supervisor also allegedly left for tea at the moment of the crisis, thinking that it was just a water leak.

A prime example of short-sighted crop management, the Dust Bowl was a series of dust storms that ravaged the Southern Plains of the United States in the 1930s. The initial cause dates back to around World War I, when homesteaders traveled south and replaced the native grasses that held the topsoil in place with wheat and other crops. During this time, they ignored standard farming practices, such as crop rotation.

Their short-term goal was achieved; they reaped bountiful harvests during the 1920s. However, when a long drought hit the area in the 1930s, the now eroded and nutrition-depleted soil would blow into huge dust clouds that covered the landscape.

Harmful particles from the dust would accumulate in people’s lungs. Hundreds died, and thousands more became sick. Dead animals, wildlife and livestock alike, littered the ground. The Dust Bowl put such a strain on farmers that many of them fled for greener pastures.

Chernobyl, one of the most infamous incidents among the worst man-made ecological disasters in history, started on April 26, 1986, when a turbine test at the Soviet Union’s Chernobyl nuclear power station went horribly wrong. Several explosions spewed untold amounts of radioactive material into the atmosphere. At first, the only casualties were three plant workers and 28 first responders.

But this incident, which the Soviet Union initially tried to cover up, led to an epidemic of thyroid cancer. Other cancers were likely also caused by the accident, and an exclusion zone is now set up around the plant. It will likely be in place for several centuries.

Some organizations put the death toll at a significantly higher number, but a 2005 United Nations-backed panel estimated it to be up to 4,000.

What This Should Tell Us

Our planet is much more fragile than most of us would like to believe. Due to our own impact on the environment, the human race has been walking a tight rope routine, always living under the threat of ecological mayhem.

But all these disasters could have been avoided if the people involved lived up to their responsibilities. Too many examples of ecological catastrophes involve mismanagement or short-sighted decision making. If you are in charge of a corporation’s hazardous materials, know that it is never too late to properly train your employees on safety protocols, to solicit lab pack services, to remediate toxic spills, or to take any other of the many steps that may be necessary to protect the safety of your company and your planet.